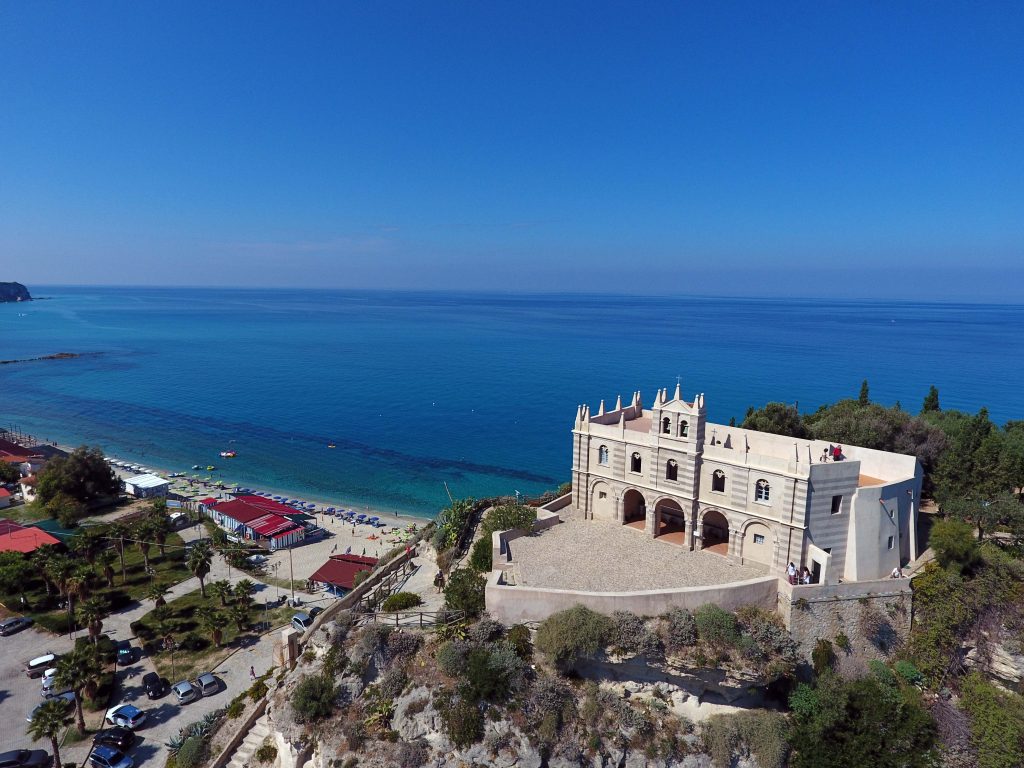 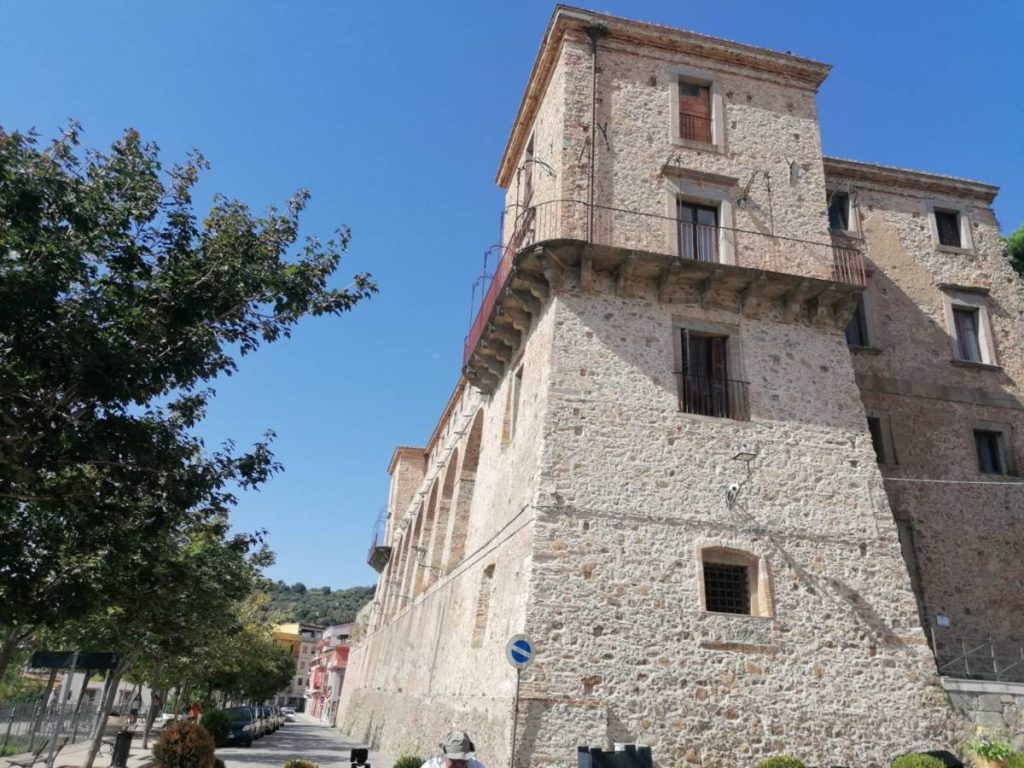 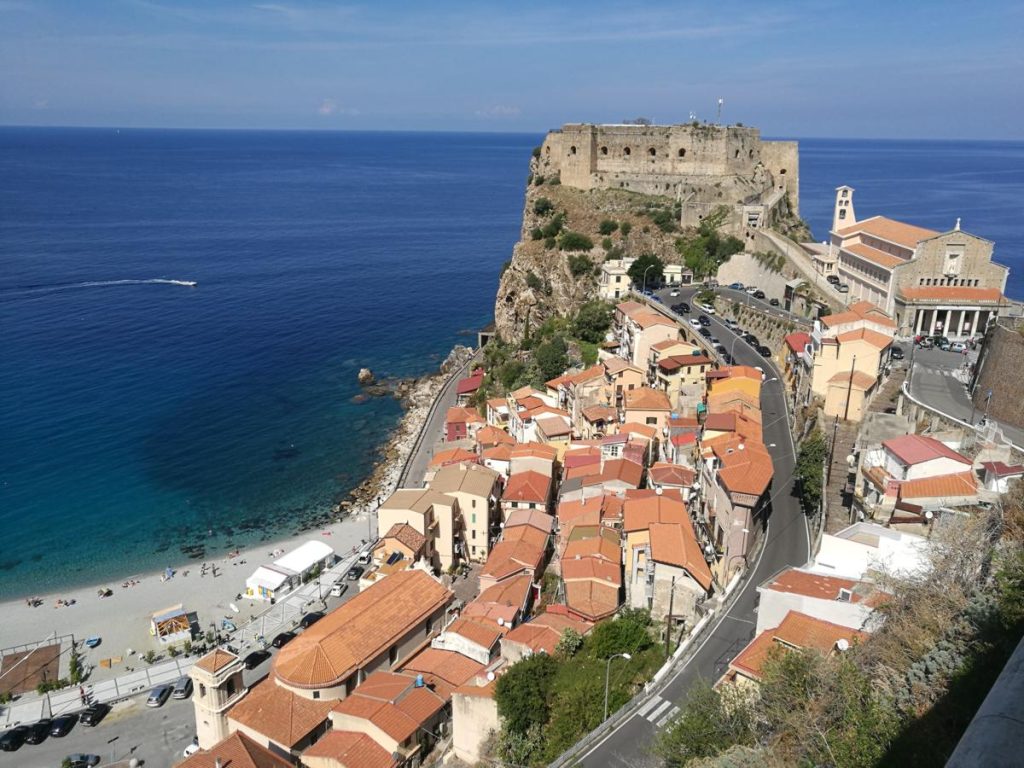 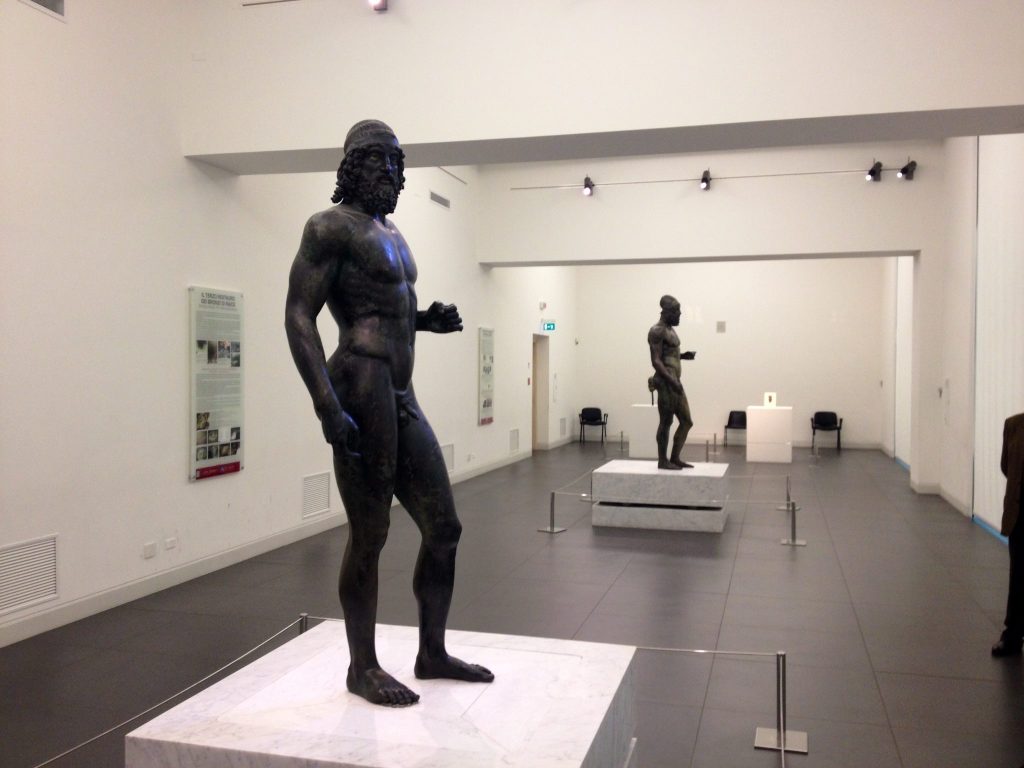 In its history, Calabria has witnessed the alternation of numerous peoples and cultures from all over the Mediterranean. The region has been inhabited since the Palaeolithic, as confirmed by the findings in the Scalea Caves (Torre Talao) and the graffito of Bos primigenius in Papasidero. In the Neolithic there are more scattered settlements, concentrated especially in the eastern part of Calabria. L´età dei Metalli portò in Calabria nuove popolazioni, uno degli insediamenti più importanti (risalente alla tarda età del bronzo) è il complesso di Torre Galli vicino a Vibo. The Metal Age brought new populations to Calabria, one of the most important settlements (dating back to the late Bronze Age) is the complex of Torre Galli near Vibo.The Greeks landed en masse on the coast and founded a group of colonies that soon became rich and powerful, so much so that they deserved the name Magna Graecia.

Various phases, with the supremacy of different cities, characterize this era, Reggio Calabria was the first Greek colony founded by the Ionians on the Sicilian coast, then a group of Achaeans founded Sibari, then Crotone and Locri, all from 744 BC to 670 BC. The period of greatest interest is certainly that of the colonization of the Greeks, who in the 8th century B.C. designated this tip of the peninsula as “Italy”. Italians, in fact, were called the inhabitants of the southern part of Calabria, before the Roman conquest, and when Rome unified the various regions into a single domain, the name of Italy extended from south to north, until, at the time of Augustus, in 42 B.C., it identified the entire Italian peninsula. Numerous and inestimable are the traces of the Greek civilization left on the Calabrian territory. The period of Roman domination is very different from the splendor of Magna Graecia, the social and economic development stopped for a long time, the Calabrians hindered the occupation of the Romans several times by allying themselves with Hannibal, but Rome had the better of it and began to cut down the forests of Sila and other mountains of Calabria, causing a gold-hydro-geological instability with landslides and mudslides.

After the fall of the Roman Empire, Calabria was sacked by the Visigoths and Goths. The Byzantines then took it over and it remained under Byzantine rule for centuries. During the Byzantine period, Calabria became a fortress against the incursions of the Saracens arriving from the sea. In this period the monasteries also found great development, making the region a rich centre for the transmission of ancient culture through the production of manuscripts. Unfortunately, only a few of the artistic and cultural treasures produced during this period are still in Calabria today. In Rossano, however, you can admire the magnificent Codex Purpureus Rossanensis. While Arabs and Longobards tried in vain to conquer it entirely to their own dominion. Around the year 1,000 AD the Byzantines were succeeded by the Normans (in this period lived two great protagonists of monasticism, Joachim of Fiore at the Abbey of San Giovanni in Fiore and Brunone of Cologne at the Charterhouse of St. Stephen in Serra San Bruno, founder of the Carthusian monks), who created the kingdom of the south, and after the Normans came the Swabians.

Frederick II created in the southern regions one of the most civilized nations in the world, the famous Kingdom of the Sun, a meeting place for different cultures and civilizations, Western, Islamic and Greek-Orthodox. In 1250 Frederick died and the kingdom fell into the hands of the Angevins, who made feudalism a system to control in an iron way their subjects and the territory. The Angevins were followed by the Aragonese, the Spanish (opposed among others by the philosopher Tommaso Campanella in 1599), the Austrians and the Bourbons, and during this period the population intensified its retreat to the hills and mountains, to escape from malaria, but also from the incursions of pirates, first Saracens and then Turks, along the entire coast of Calabria. This phenomenon has created external and internal isolation, with settlements rising on the heights and in the valleys with no communication routes and with impassable paths throughout the winter season. At the time of the unification of Italy, in 1861, Calabria had only one road that crossed it from north to south as far as Reggio Calabria, the railway was non-existent and 90% of the municipalities had no internal or external roads.

In the 18th century, a terrible famine and a very strong earthquake devastated Bourbon Calabria. This brings us closer to the age of revolutions, such as the one in 1799 when Murat (Napoleon’s brother-in-law) was executed in Pizzo Calabro, in the mid-nineteenth century uprisings the Bandiera brothers were shot, until Garibaldi arrived in 1860 to bring new hopes of change with the advent of the Kingdom of Italy. The result has been failure, producing only emigration and misery. Thus began to proliferate the scourge of banditry in the years around 1870 and mainly due to the extreme poverty pushes people to leave, with massive emigration, the population of Calabria is practically halved, today there are millions of Calabrese in the world.

Only the efforts of national governments and Fascism contributed to break this isolation, and today the changed economic and social conditions have led to a reversal of the trend. Thanks also to tourism, many towns have sprung up along the coasts, surpassing in importance the hill towns themselves. But even this has created problems, building speculation has partly ruined the landscape and the dispersion of the inhabitants has caused the loss of the heritage of traditions and culture that marked the lives of the Calabrians in the past. Only in the last few years has there been an attempt to recover the great heritage of traditions and culture that Calabria has acquired thanks to the intermingling of numerous peoples and cultures from all over the Mediterranean basin.